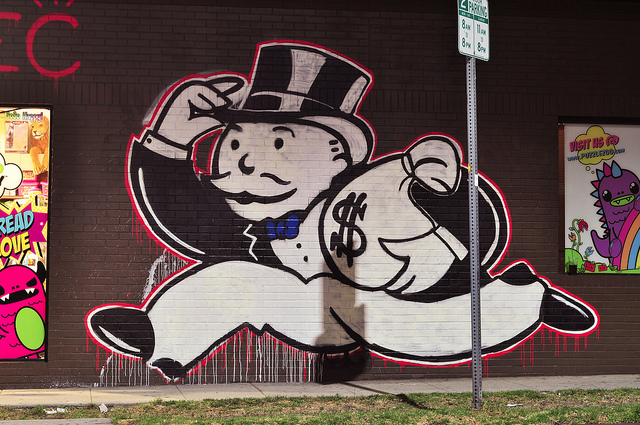 There is a popular myth that most of us secretly believe, regardless of what we say out loud. “If I had enough money to be financially independent for life, I would be much happier.” Let’s call it the millionaire myth, although “million” can be much more or less depending on where you live. I will present the counter-arguments, but I won’t blame you if you don’t believe them. For a long time, I didn’t either.

For much of my life, I thought the major obstacles to happiness in adult life were a lack of money and free time. Free time is, of course, influenced by money. Once you have enough in the bank, you can quit your job, delegate all the work, hire a chef and a butler and spend abundant free time in pleasurable activities. It makes perfect sense. Money gives you access to resources and free time can be spent enjoying them. If you were a millionaire, life would be much nicer, wouldn’t it?

In my experience, financial security can make you a bit happier, but an abundance of free time and a change of lifestyle is probably going to make you less happy. As Tim Ferriss puts it:

An excess of idle time is poisonous.

Ironically, the book that claims idle time is poisonous is called The 4-Hour Workweek. More ironically, nobody reads that book for advice on meaningful hobbies (though there are some great tips inside). Everybody reads it because they want to get rich.

The stereotypical millionaire travels around the world, having cocktail parties, driving fast cars, having myriad romances and living a generally great social life. The fewer millionaires you know, the stronger the stereotype is. But I bet you know people who are financially secure for life and who have abundant free time. They are called pensioners. But somehow, pensioners are not sexy. If you retire with good health and fat savings, you can do all the things you want, can’t you? Somehow, we know too many retirees who are not living a spectacular life.

Maybe the problem is old age? If you didn’t have to work but you are young, wouldn’t that make a great lifestyle?

Like, for example, all unemployed young people. The youth unemployment rate in my home country is a staggering 43.6% [1]. But being unemployed in Europe has its benefits. Unemployed people I know live in the city and have enough money for a bicycle, laptop, and daily ration of coffee and beer. Morning espresso is one euro and newspapers are free in a cafe. Bars with cheap beer stay open till 3am. Unemployed European youth sometimes have a better social life, read more and are better informed about current events than their employed counterparts. But nobody envies them (I certainly don’t)—because we know their background stories.

Having more free time than you can adequately consume.

A few years ago, I woke up an unemployed friend of mine with a phone call. Nothing unusual, except it was 2pm.

“This is normal,” he said. “Sometimes I have breakfast at 3pm.”

“I didn’t get home from my night out until 5am, and then I watched YouTube till 8am in the morning.”

He laughed. “Yes, I should get myself better organised. YouTube is a waste of time. Before I go out tonight, I will start torrenting a few movies so I have something to watch when I get home.”

People with 9-to-5 jobs and kids would kill for few hours of a free time; yet he was spending his life drinking beer and watching videos. I thought he was crazy. Until it happened to me.

After getting divorced three years ago, I decided to have some time for myself. My small software company was functioning nicely and I delegated all of the work to four employees. The first few days were great. I would wake up in the morning and know I didn’t have to do anything. I felt this was the beginning of a “new life”. But I soon realised I was waking up to an empty flat and everybody else was at work. Going for a morning coffee, alone. Making lunch, alone. When evening came, I would want to do something or go somewhere, but almost everybody I knew was busy with their family and preparing for the next working day. It wasn’t like college life. Soon my “new life” turned into a depression.

What would you do in the same situation? What are your hobbies?

Going out or doing team sports? You are dependent on other people’s free time.

Mixing-and-matching doesn’t solve the problem. I tried combining reading, making lunch, watching lectures, surfing the web and jogging in the same day. But by the end of the day I felt like I had wasted a whole day.

This is the essence of the problem:

Most of our “hobbies” are not scalable.

We can do them once a week or one hour a day, not eight hours a day. They are time fillers, designed for the working masses. Passively consume TV after a hard day at work. Consume radio while you drive. Did you notice most movies fit into two hours [2] and most songs into three minutes [3]? Longer than that is often annoying.

“Scalable” hobbies are something you can do for the whole day, day after day, that still makes you feel productive and fulfilled at the end of the day. Unlike time fillers, they are not passive. They require effort, mastery, and hard work. They are a challenge, a goal to achieve. They are your passion—things like writing a book, building your own car, sailing an ocean, painting a picture, creating a popular podcast, training for an Ironman.

Don’t have a hobby like that? Sorry to bring this to you, but you would be a lousy millionaire. As many lottery winners know, money doesn’t bring lifestyle.

One of the problems is that society doesn’t encourage or support anything other than the standard 9-to-5 existence. Events rarely happen on Sunday evening, as that is when we have to prepare for work on Monday. You go out on Friday or Saturday; that is the norm. If you are over thirty and live with roommates, people think you haven’t grown up. If you work on a small project of your own, good luck finding a coworking place or art collective in your average small town.

Filling life with meaningful stuff is quite a task. Take a look at a list of things I did in the last three years. Joined ToastMasters club; won a city competition for the best speaker. Started weekly CouchSurfing meetings in Zagreb with Nina. Started writing this blog. Started Lean Startup Croatia meetup group with Miro; gave a few lectures. Went to few local TEDxMaksimir events. Got kicked out and earned a lifetime ban to TEDxMaksimir events. Spent two winters in San Francisco. Lived in a few coliving projects. Did a study trip to Denmark and visited four cohousing communities. Created a startup for testing programming skills with Mario. Rented a house and started a coliving project in Zagreb. Coliving project failed and I moved out of the house. Travelled to Thailand and Japan. Moved to Oxford. Did some singularity philosophy that got featured on Vice news. Got an idea for a new startup.

Sounds great, doesn’t it? So great that people will call you a bragging bastard and say you are insufferable. But I need to be honest with you. Life is not bad, but I feel I had a better time in college. Because then I was in a community where everybody had ideas for going out, traveling, student organisations we needed to join, things to do after university. Students have time and a desire to explore. Now people are busy with their lives, I need to push everything myself. Community makes you more happy than money and free time. That is what happens to lottery winners—excessive money separates them from friends and coworkers. Some millionaires with too much time just go completely berserk.

On other hand, some people are great millionaires. Like Henry.

Henry created his fortune in IT, making millions. His company became the most valued company in its sector. He personally managed one hit product after another. But after many years, Henry got bored and tired of it. He decided to appoint his university friend as director of the company so he could pursue other passions—which were a bit unusual for a millionaire.

Henry liked reading nonfiction books about topics that interested him. Even when he was running a company, he would take reading holidays so he could catch up on his reading list. But reading books is a bit lonely, so he set up a blog where he comments on the books he reads, and writes about his own ideas. He has also written a book. He and his wife decided to have a second child. But he still had too much time, so he decided to do some charity work. Of course, when you are a millionaire, you set up your own charity. He could pick and choose which projects his charity would work on. He also liked playing bridge with one of his rich friends. They concluded they had too much goddamn money, and decided to give it to Henry’s charity.

Henry is actually William Henry “Bill” Gates III, the richest man in the world. Here are his book reviews, and his charity. His bridge-playing friend is Warren Buffett. Think about it: the richest man in the universe is not spending his time on a yacht in the Caribbean, surrounded by beautiful women. He is sitting alone on his couch and reading a $15 book on malaria. For a crazy night out he goes to play bridge.

Which kind of millionaire would you be? A calm guy like Bill Gates, who steadily pushes his passions, or somebody like John McAfee, who is so bored that he ends up shoving MDVP up his arse? Most people think they would be like Bill, even if they had never followed their passion.

If you live in a developed country and want to have a lifestyle similar to Bill’s, don’t wait for your first million in the bank. You can order the same book he is reading on Amazon in five minutes. You can set up your personal blog on WordPress by tomorrow. And I bet you can find some low-paid job in a charity you sympathise with by this time next week. Think about it, money and glitter aside, this time next week you could have a lifestyle not very different from that of the richest man in the world. What is stopping you?

If you are lucky enough to live in the a developed country, your happiness is not connected to the money. It’s the lifestyle, stupid.